On the morning of November 9, 2016, the Lord gave me a dream that I believe contains several urgent, prophetic prayer directives for Christians regarding President-elect of the United States Donald J. Trump.

By the way: Before you comment at the end of this post, please be aware that I do not allow comments on this blog that do not align with my written comments policy, here. I do not allow defamatory comments about any person, religion, or people group, whether such comments are false or true. If you are not a fan of President-elect Trump, I understand. But, you may not leave a comment maligning him on this blog or on any of my social media outlets. And just so you know, I wouldn’t allow defamatory comments about President Obama or any other person, either.

I dreamed that I was one of Mr. Trump’s staffers.

The results of the election had come in, and Trump had just given his victory speech. In the speech, he purposefully honored and thanked his parents (which he also did in real life).

After the victory speech, he called all of us staffers together for our first staff meeting—a meeting which would prepare us for his transition into the presidency. At this first staff meeting, President-elect Trump talked to us about what he expected from us on his staff.

I remember jotting down notes regarding things I needed to ask him about. One of them was his “photo policy”–what his current business policy was regarding:

• which of his instructions his staffers could share with others, versus which were confidential;
• which of his quotes we could share; and
• when we could release pictures of him that we had taken throughout the workday.

I never did get around to asking him these questions. However, I remember feeling very cautious about these points and I knew that I needed to be careful with them.

During that first staff meeting, Trump honored his parents again while he was talking to us.

As I listened to Mr. Trump speak, the fact that he repeatedly honored his parents reminded me of the spirit of Elijah.

When I opened the concordance to show him the verses, it didn’t work out quite like I had planned.

Even though I know where the verses about the spirit of Elijah are, I turned to the book of Daniel instead. I was suddenly incapable of looking at any book except Daniel. I became frustrated with myself because I could not find the verses about the spirit of Elijah. Also, the references inside the concordance were all jumbled up and out of place, and the meanings and verses were hidden.

Then that scene ended, and a new scene began. In the next scene, it was night.

I was outside, leaning on a car which was parked in front of a stage. Suddenly, President-elect Trump and Pastor Jentezen Franklin (who is on Mr. Trump’s Christian advisory board) came over to where I was. Pastor Franklin went up onto the stage and sat down in a chair. Trump stayed on my side of the car.

At that point, I asked Mr. Trump again if he was familiar with the spirit of Elijah.

He didn’t seem sure if he was or not, so he looked to Pastor Franklin. Franklin said that yes, Trump had heard of the spirit of Elijah; but that I should go ahead and tell Mr. Trump more about it.

I opened my Bible on top of the car, and this time the words were clear. I explained to President-elect Trump that, because he had honored his parents twice, this indicated to me that he had the spirit of Elijah. I then showed him Malachi 4:5-6 and Luke 1:17, which say:

“He will also go before Him in the spirit and power of Elijah, ‘to turn the hearts of the fathers to the children,’ and the disobedient to the wisdom of the just, to make ready a people prepared for the Lord” (Luke 1:17).

When Mr. Trump began reading Luke 1:17, beams of light shone out of the pages around that verse.

The verse was literally illuminated. Mr. Trump wept as he read it, for it was descriptive of God’s call on his life.

I believe this dream is both a revealing of part of Mr. Trump’s prophetic destiny, plus a strong indicator of how we should pray on his behalf. Here’s why:

1. Seeing a thing twice means the thing is established in Heaven (Genesis 41:32).

In the dream, Trump honored and thanked his parents twice AND I asked him if he knew about the Spirit of Elijah twice. This is a double reinforcement of the same meaning. I believe that Trump’s prophetic destiny of carrying the spirit of Elijah is already established in Heaven.

2. Being one of Mr. Trump’s staffers refers to being an intercessor.

I believe this dream is a call for intercessors everywhere to offer themselves up to God to pray for President-elect Donald J. Trump, as his spiritual staffers. Following Paul’s instructions to Timothy in 1 Timothy chapter 2, we are to consider interceding for our President to be part of our spiritual vocation.

3. Next, when I first talked to Trump about the spirit of Elijah, I was only able to show him Scriptures from the book of Daniel the prophet.

I believe this is the Lord saying that He has placed a Daniel-type, prophetic anointing on Mr. Trump. And what did Daniel do? Through his own style of warfare (intercessory prayer and fasting), Daniel facilitated the releasing of the captivity of his people.

I believe it’s important that I had to go through the book of Daniel before I could show Mr. Trump the Scriptures about the spirit of Elijah. Why Daniel? Because fasting and prayer will be critical throughout this next presidency if we are going to see God release the captivity of His people.

Recommended: My 3-part MP3 teaching about the ministry of intercession teaches you from the ground up how to intercede, what intercession means, and how EVERY Christian has the right to access the power of intercession–because we are ALL called to become like Jesus, our Ultimate Intercessor.

In this series, learn 7 ways to get dramatic breakthrough. Learn how to enjoy the ultimate closeness with God, and be inspired and motivated by story after story about how ordinary people have gotten extraordinary results through intercession throughout the ages.

4. The first time I talked to Trump about the spirit of Elijah, the references and meanings in the concordance were hidden.

I believe this represents the fact that many Christians right now are trying to look into Mr. Trump’s God-given destiny, but are not able to see him clearly or with Spirit eyes. Confusion abounds in the Body regarding this recently-elected leader.

In other words: Right now, for many of those trying to look into it, the prophetic call on Trump’s life is all jumbled up; meanings are hidden.

However, even though things seem dark for some, Trump is still surrounded by pastoral leaders (as represented by Pastor Jentezen Franklin). As Mr. Trump moves through this process of being discipled and growing in Christ, the prophetic call on his life will become clear.

I do believe we also need to pray for Mr. Trump to have encouragement and a flow of true prophetic words coming to him from every side—and that God’s Word would be clear for him, and not jumbled up.

5. In the dream, I was very concerned about what pictures of Mr. Trump we (his staffers) could release publicly.

I believe this speaks to the fact that the Church needs to be very careful what opinions and perceptions of Trump we verbalize and broadcast to the world, to our friends, and even to our families.

Remember that all promotion comes from God (Psalm 75), and that the Word of God is “Saying, ‘Do not touch My anointed ones, and do My prophets no harm’” (Psalm 105:15). This applies to Mr. Trump right now as much as it did to any man or woman God elevated in Bible times. (Incidentally, it applies to President Obama, as well.)

Therefore, beloved: Touch not God’s anointed, whether you agree with him or not.

Be especially careful about this because Mr. Trump is our brother, a baby Christian. Even though he is the next President of the United States, we need to treat him with kid gloves, mercy, and grace like we would any baby Christian. We need to surround this man and protect him in the spirit with our intercession.

6. Most importantly, I believe that Luke 1:17 is part of President-elect Trump’s prophetic destiny and spiritual inheritance.

Luke 1:17 says “He will also go before Him in the spirit and power of Elijah, ‘to turn the hearts of the fathers to the children,’ and the disobedient to the wisdom of the just, to make ready a people prepared for the Lord.”

To me, this Scripture pertains to revival in America. I hope and pray that this will pertain to the ending of abortion in America as well.

So, pray for Mr. Trump to see God’s call on his life clearly, and to be utterly wrecked for God and for God’s dreams for his life.

7. Finally, when Trump and I discussed the spirit of Elijah the second time, the Bible was placed on top of the car.

Cars represent ministry or jobs. I believe Trump’s governance is going to impact every ministry and job—meaning that, if he attains to God’s call on his life, it will radically impact every sphere of society.

In summary, I believe we need to pray as follows regarding President-elect Donald J. Trump and the spirit of Elijah:

1 Timothy 2:1-4: “Therefore I exhort first of all that supplications, prayers, intercessions, and giving of thanks be made for all men, for kings and all who are in authority, that we may lead a quiet and peaceable life in all godliness and reverence. For this is good and acceptable in the sight of God our Savior, who desires all men to be saved and to come to the knowledge of the truth.”

Will you join me in praying for President-elect Donald J. Trump in these ways? 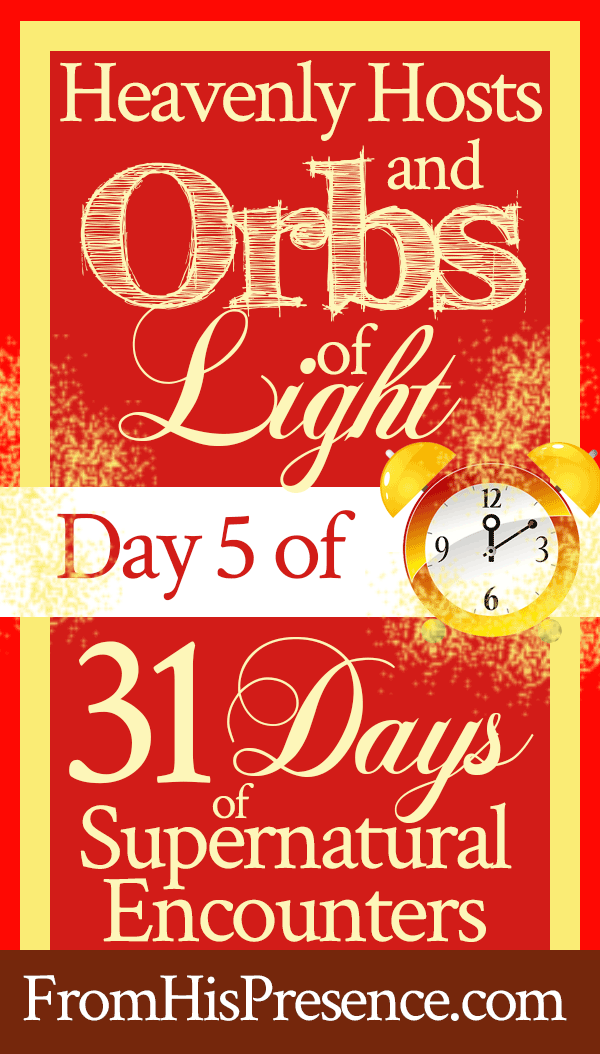 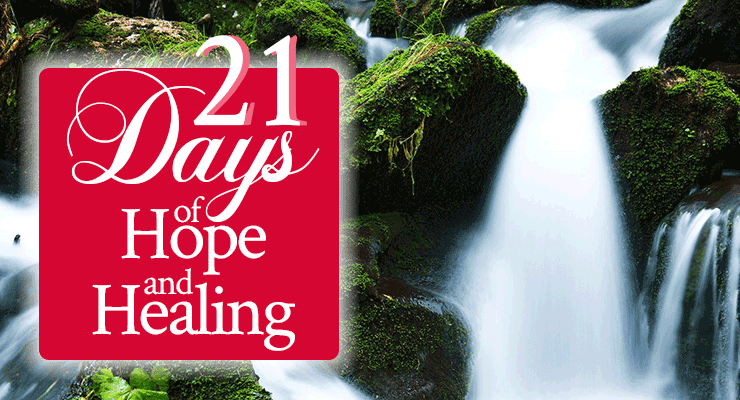 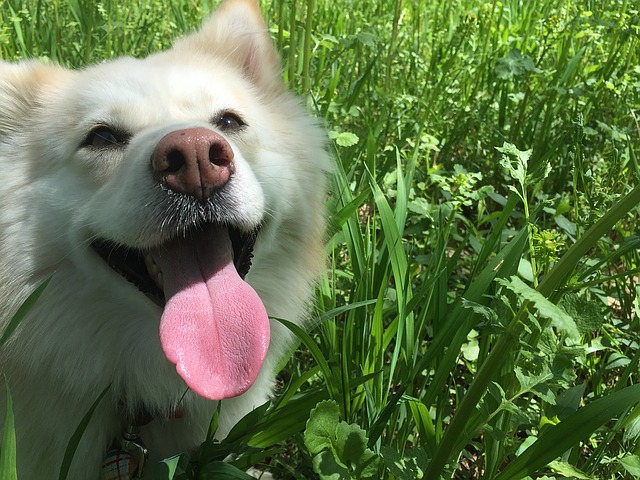 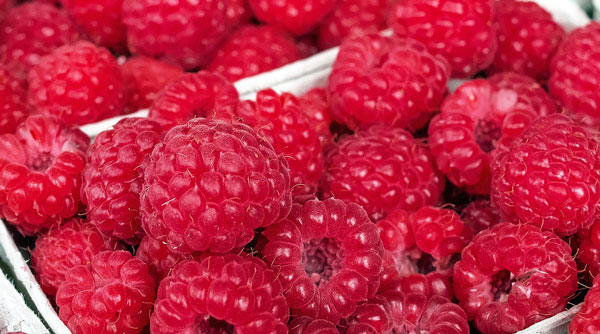