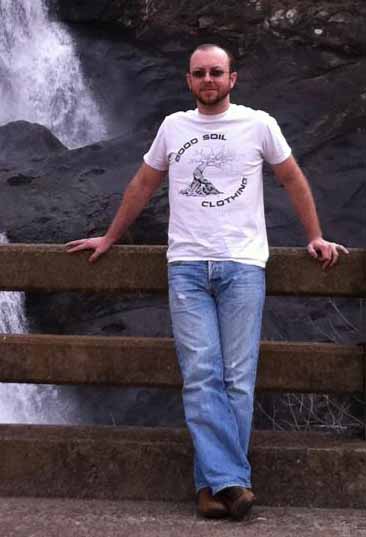 This is a guest post from my friend Samuel Burger. Samuel is the Senior Pastor at Chestuee Baptist Church in Calhoun, Tennessee. He is also one awesome guy. 🙂 Enjoy!

My childhood was filled with strong Christian upbringing, and I am very thankful for that. However, there was one thing that I wasn’t sure of: my call to preach and teach.

When I was a child, my family would give me a device that looked like a microphone, and I would preach in the living room. I’d preach my heart out.

I also remember that my Grandfather, who is a pastor, urged me to preach as a very young child. He told me that, when I was dedicated to the Lord in 1985, he had seen a large drop of oil descend from heaven and splash upon my forehead. I’ll never forget what he told me. He said that the Lord told him that I would be a prophet. I cherish that word of prophecy to this day; I keep it in my heart. That prophecy helps me stand strong in the midst of trouble.

As I reached my teens, I began to be a little apprehensive about preaching.

I would get very nervous when asked to say something, and I doubted my calling.

I remember the first time I preached a sermon. I was so nervous that I couldn’t keep my microphone still and my knees were shaking tremendously. I would testify and preach because they asked me to, but a part of me didn’t want to do it.

Another reason why I doubted my call is because almost everyone was a preacher in my family. I have a total of 21 aunts and uncles, and almost all of them are preachers! I didn’t want to preach just because my family did it too.

I still wasn’t sure about my call to preach, even after continued prophecies I received from many people as I grew up. I remember one particular prophecy I received from a minister at church one night. He said, “You are called to preach My word, son.” Later that night, when he walked outside, he reiterated, “Remember what God told you tonight.” You would think that after all those prophetic affirmations I received that I would be sure of my calling! But I wasn't.

As I got older, I realized that I had low self-esteem and I believed in myself very little. Even though I had been brought up in a Christian home, I had a negative view of myself.

I began to preach more and more. I started listening to other ministers and receiving revelation. I was encouraged by their life stories, and I started gaining more confidence in God.

Then I understood this principle:

I believed in God, but my confidence was low. When I understood this principle, I started learning more, and I persisted. I now realize my call in God and what my identity is. I wasn’t sure of my calling before but now I am!

I remember asking myself:

I thought of every negative thing that could happen. You know what my problem was?

My problem was that my focus was on every possible thing that could go wrong. That negative focus left me no room for positive expectation. The thing that was keeping me from my calling was my negativity!

Maybe you have been in a situation like me. Maybe you are having a difficult time understanding your identity. But, I would like to reassure you today: If you keep your mind upon Jesus, not on yourself or negative thoughts, Jesus will reveal to you your identity and purpose.

Samuel Burger is the Senior Pastor at Chestuee Baptist Church in Calhoun, Tennessee. He loves God and loves people. Sam walks in the manifest presence of God every day. He is one of the most anointed people I know, and he didn't pay me to say that!

Previous Post: « Bible Boot Camp: What Are Angels?
Next Post: Confessions of an Unlikely Worship Leader: On Feeling Stupid and Writing Songs »