The “nameless, faceless generation” about which people speak is not always what people think it is.

The term “nameless, faceless generation,” when it is discussed in charismatic culture, often seems to refer to people who have no desire to be out in the world–but their only desire is to closet themselves away in the prayer closet, waiting on the Lord in prayer and fasting.

And indeed, those people who are in the nameless, faceless generation DO spend time closeted away with the Lord. They do wait on Him in prayer and fasting.

However, I believe there is a lot more to it than that–and that there are other reasons why these people are nameless and faceless.

Like John the Baptist, I have come to believe that the people in the nameless, faceless generation are forerunners and pioneers. Their call is to prepare the way of the Lord:

“The voice of one crying in the wilderness:

“Prepare the way of the Lord; make straight in the desert a highway for our God. Every valley shall be exalted and every mountain and hill brought low; the crooked places shall be made straight and the rough places smooth; the glory of the Lord shall be revealed, and all flesh shall see it together; for the mouth of the Lord has spoken.”

However, as forerunners and pioneers, these people are VERY public.

These are people who wait on the Lord in the prayer closet. They live by fasting and prayer.

However, as forerunners and pioneers, they appear to live before their time. They catch the blueprints of Heaven as the Lord sends those blueprints down during their prayer time. They act on those blueprints. However, very few people listen. And that, my friend, is why the nameless, faceless generation is nameless and faceless.

“Also I heard the voice of the Lord, saying:

“Whom shall I send, and who will go for Us?”

“Until the cities are laid waste and without inhabitant, the houses are without a man, the land is utterly desolate, the Lord has removed men far away, and the forsaken places are many in the midst of the land. But yet a tenth will be in it, and will return and be for consuming, as a terebinth tree or as an oak, whose stump remains when it is cut down. So the holy seed shall be its stump” (Isaiah 6:8-13 NKJV).

Isaiah was prophetically commissioned to have no one listen to him.

Do you see that? The Lord sent Isaiah into His service, and He sent him with a message. However, He also mandated that no one should listen to him.

Why? Because Isaiah’s message had to be proclaimed in order for God to eventually graft the Gentiles into His covenant with Abraham. (The Jews had to have a chance to hear the good news, and then to refuse it, so God could graft the rest of us in. Read the book of Romans for the details on that.) BUT, the majority of Isaiah’s message was never intended to be truly listened to until another time.

And I feel like the Lord wants some people to know today that those in the nameless, faceless generation don’t always want to be nameless and faceless.

The people in the nameless, faceless generation are forerunners and pioneers. They have a tremendous message that the Lord has entrusted to them to benefit humanity. They are called to ascend to great heights and do great things for the Lord, as it says in Daniel 11:32:

“Those who do wickedly against the covenant he shall corrupt with flattery; but the people who know their God shall be strong, and carry out great exploits” (Daniel 11:32 NKJV).

But the world will not know them. And the sad thing is, in many cases, neither will the church.

Being nameless and faceless is often frustrating to this nameless, faceless generation.

They see the importance of their message, but few people will listen. They see the blueprints of God, but no one cares. So they wake up every day and decide to be faithful, not because anyone listens to or cares about their message–but because He is worthy.

Being nameless and faceless is not glamorous. However, these people do have a reward.

The reward of the nameless, faceless generation is the same reward God gave Abraham:

“After these things the word of the Lord came to Abram in a vision, saying, “Do not be afraid, Abram. I am your shield, your exceedingly great reward” (Genesis 15:1 NKJV).

God walked and talked with Abram–who then became Abraham–personally. God Himself was Abraham’s reward.

But throughout his life, Abraham was always a stranger and sojourner. He was always “looking for a city, whose builder and maker is God.” As it says in Hebrews 11:8-10:

“By faith Abraham obeyed when he was called to go out to the place which he would receive as an inheritance. And he went out, not knowing where he was going. By faith he dwelt in the land of promise as in a foreign country, dwelling in tents with Isaac and Jacob, the heirs with him of the same promise; for he waited for the city which has foundations, whose builder and maker is God” (Hebrews 11:8-10 NKJV).

“These all died in faith, not having received the promises, but having seen them afar off were assured of them, embraced them and confessed that they were strangers and pilgrims on the earth. For those who say such things declare plainly that they seek a homeland.

And truly if they had called to mind that country from which they had come out, they would have had opportunity to return. But now they desire a better, that is, a heavenly country. Therefore God is not ashamed to be called their God, for He has prepared a city for them” (Hebrews 11:13-16 NKJV).

Abraham did not belong–but He belonged to God.

And the nameless, faceless generation does not belong either–but they belong to God. Theirs is the truth of Isaiah 43:1:

God has chosen those in the nameless, faceless generation as His own inheritance.

And you always have to give something up in order to get something better.

It’s just like the Levites, when the Promised Land was being apportioned and divided among the tribes. The Levites did not get land like their fellow tribes did. Instead, the Lord was Personally their inheritance.

“But the Levites have no part among you, for the priesthood of the Lord is their inheritance” (Joshua 18:7a NKJV).

You may think that wasn’t fair; and, indeed, it doesn’t look fair. God gave everyone else an earthly portion, but the Levites received only a heavenly portion. But you know what? Their portion–God Himself–was and is worth more than any piece of land, any farm, or any city anywhere.

The Levites got the best portion. They got God Himself as their Exceeding Great Reward.

All of the promises of God are true; they are yes and amen. But we tend to put more value on certain promises that “look” better to us. Sometimes, we put more value on the mountain or tract of land in that Promised Land than we do on the Promiser Himself.

And yet God has still separated unto Himself a people.

God still has a people and an inheritance. And often, those in the nameless, faceless generation–those who know Him most and love Him best–feel like they have no inheritance in the world; and, truly, they do not. God has drawn so close to them, and they to Him, that they no longer are fit for the things of the world.

Such is the life of the people in the nameless, faceless generation.

It is a fulfilling life, but it can be a frustrating life. Being nameless and faceless is no one’s goal, but sometimes these precious ones surpass the capability of those around them to receive. They truly belong to another world. God has named them and called them to be His own inheritance, and such calling means they will not have a portion on the earth like the other tribes have.

They will still have a portion. But it will be different. As God’s own inheritance, their portion will be Him.

That means a servant is not greater than his master (John 13), and they will experience the sufferings of Christ.

They will experience the persecutions of Christ.

They will experience frustration and sadness from time to time.

They will walk among the world, but will not truly be a part of the world around them–even when they want to be.

They will be nameless and faceless, for He is their Shield and their Exceeding Great Reward.

Are you part of the nameless, faceless generation? Does this message help you understand your call a little bit more? Leave a comment below if so! 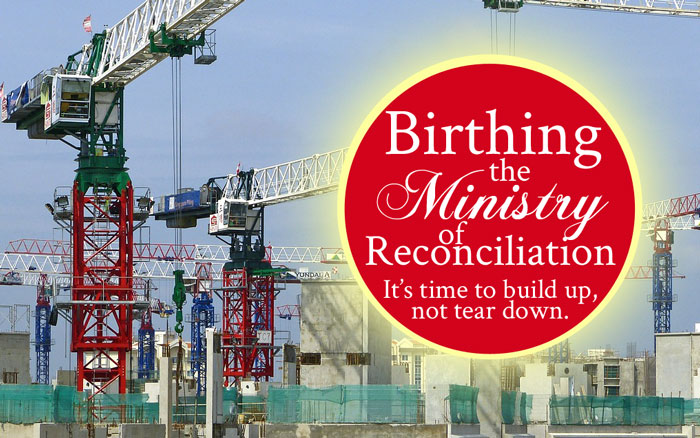 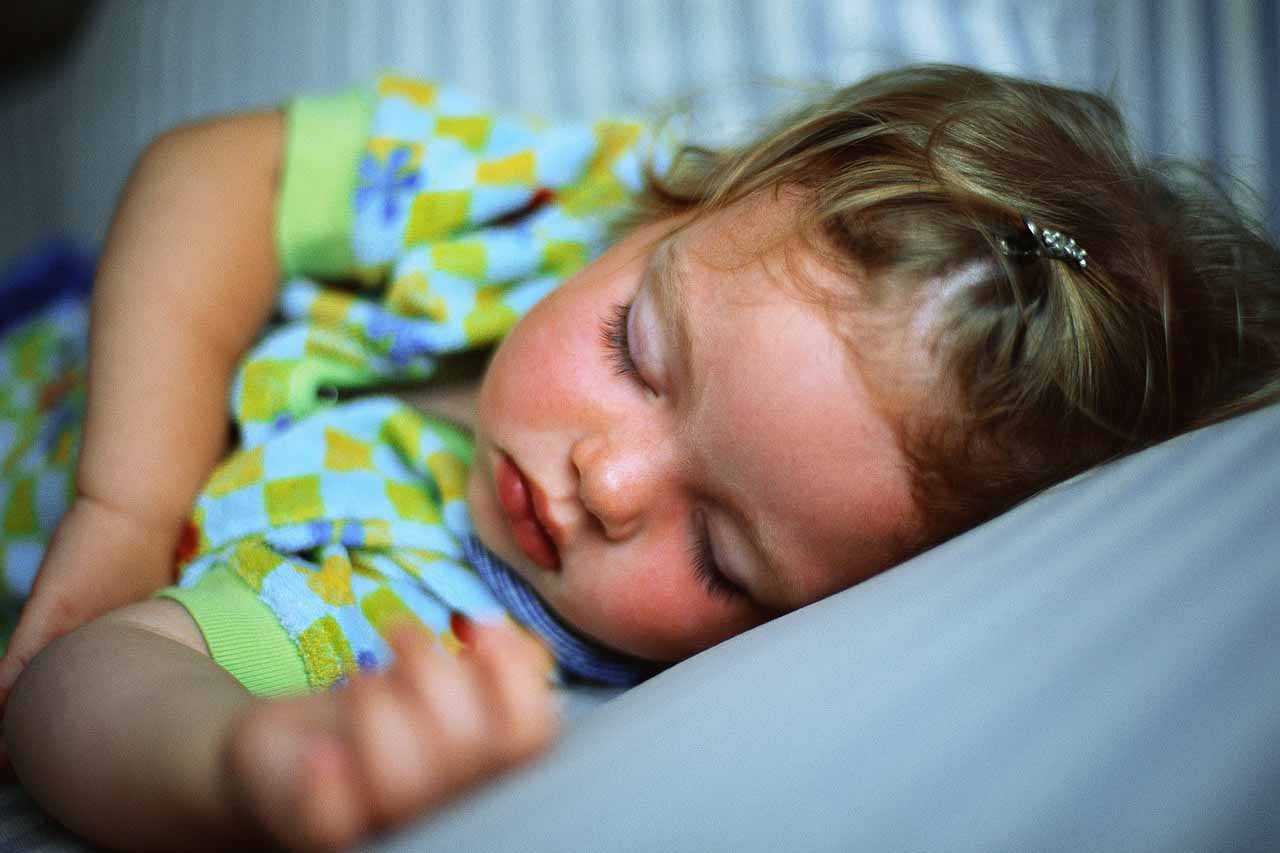