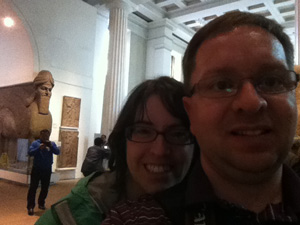 Some of the most amazing things I saw during our recent trip to London (read Part 1 here) were in the British Museum. Today, I’d like to share photos with you from their Assyrian exhibit.

If you’re into Biblical history at all, you may remember the story about when the Assyrian army came up against Jerusalem when Hezekiah was king over Judah. This story is recorded in the Bible in the books of Second Kings, chapters 18 and 19, as well as Second Chronicles, chapters 31 and 32. Basically, it goes like this:

Bad move, Sennacherib. Stay away from Jerusalem. Jerusalem belongs to God, and He will fight for what is His.

Well, I had no idea what we would find at the British Museum, but guess what? They have a huge exhibit dedicated to the Assyrians! Those very same Assyrians that God conquered!

Here’s what I learned:

First, the Jewish people were not afraid for no reason. It wasn’t like the Assyrians were a bunch of rabble in tents that just decided to hang out in front of Jerusalem one day.

No, the Assyrians were in charge of an EMPIRE. They were a huge, mean, fighting machine. They had sophisticated weapons (for the time), fortified cities, and palaces. These guys were BAD TO THE BONE.

To give you one example, here is a photo of the city gate to one of their cities. The wood is not original, of course, but the metal is the actual metal that held the gate together, fitted to the same size it was originally. It’s inscribed with pictures and tales of their military victories. See the person in the photo for scale? Yeah. Pretty imposing. (Please forgive the blurry photos sometimes; it was quite dark in the museum in some places, and photography was difficult.) 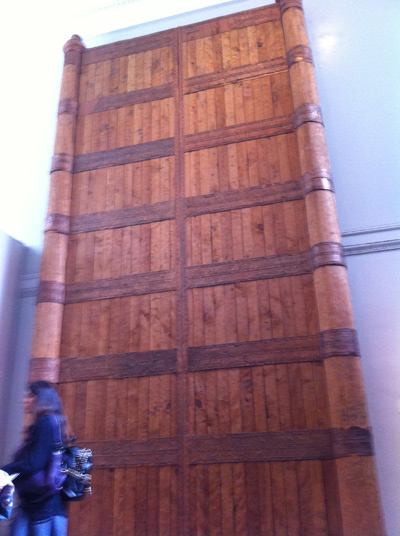 If I were to approach a city with a gate like that, I think I would be a little intimidated. Like I said… these guys were bad to the bone.

Now here is a close-up of what’s called the Lachish Relief. It is huge; this is only a tiny section of it. But this is a set of bas-relief carvings that made up the walls in the Assyrian palace. The photo below depicts the Assyrian seige of Lachish. The Assyrians laid seige to Lachish with mud-brick ramps, battering rams, bow and arrow, sword, etc. Keep in mind that these are actual walls from buildings from the Assyrian empire: 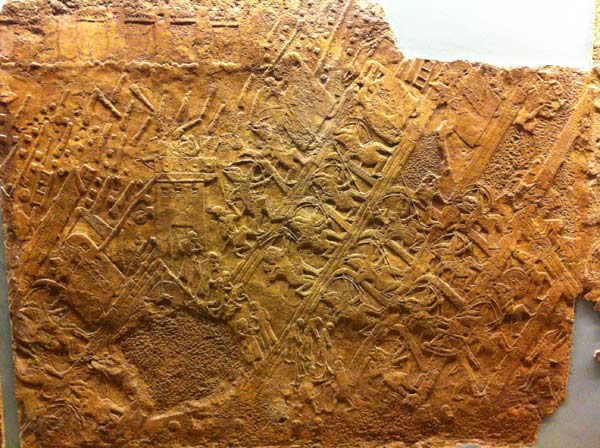 Another section of the panels from the Lachish Relief shows the Jewish prisoners being flayed alive, skulls stacked up, etc. Ugh. These guys were mean, to say the least.

Here are some of the actual slingstones, knives, and part of a sword from the Lachish seige, since unearthed by archeologists: 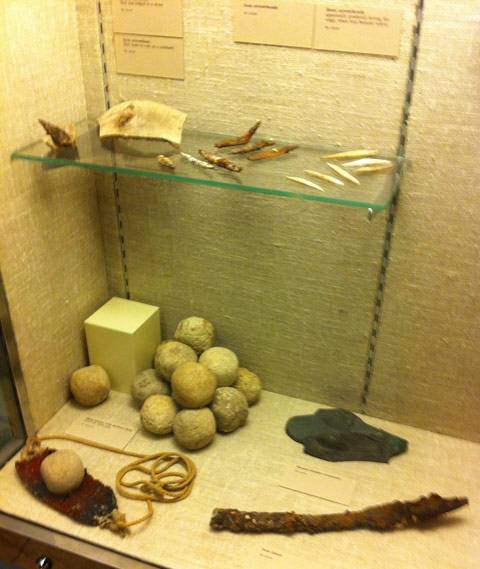 The knives are rather corroded, of course, but you can still tell they are knives. And how would you like to get hit with one of those slingstones? I think the artifacts in this photo were Jewish weapons, by the way.

Here are some of the walls from the Assyrian palaces. Keep in mind that these are very large–much taller than a person–and very detailed, even after the sands of time have worn them down: 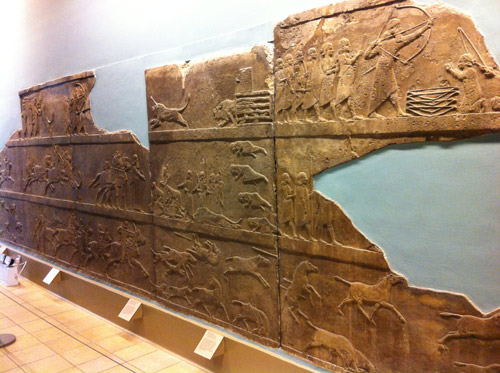 The particular section above shows the Assyrian king hunting for lions. Apparently, this particular king was quite the sportsman. And a rather nice section showing military horses and Assyrian soldiers below: 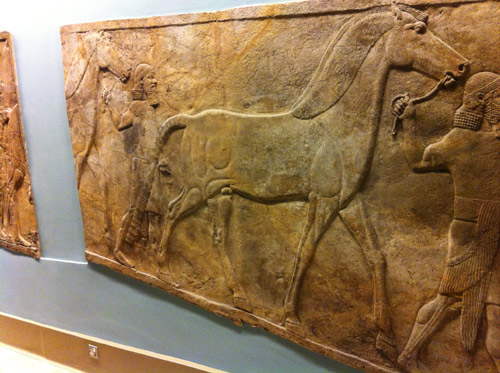 Then the section below is just one small part of a display that must have totaled a couple hundred linear feet of bas-relief walls. These are stone walls from the Assyrian palace. Pretty amazing, huh? 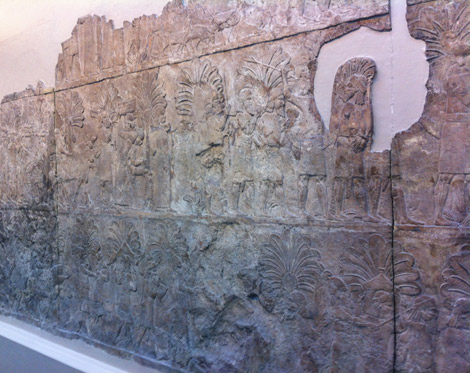 So now you can see why I said that King Hezekiah and the Jewish people weren’t afraid for no reason. These guys were BAD and they were coming to steal, kill, and destroy… just when they were in the middle of the greatest revival since the days of Solomon.

When God’s people prayed, God sent His angel to fight their battles for them. ONE angel killed 185,000 enemy troops in one night. That blows me away. And what blows me away even more is that God is still fighting on behalf of His people.

What army is coming against you today?

What do you need God’s help with today? Ask Him for help with whatever you need, and watch Him win the victory! 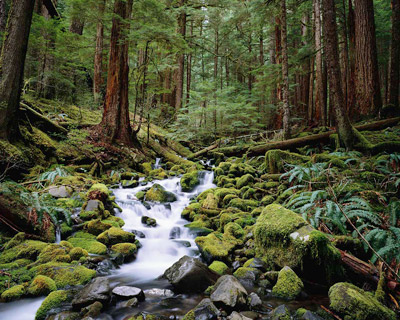 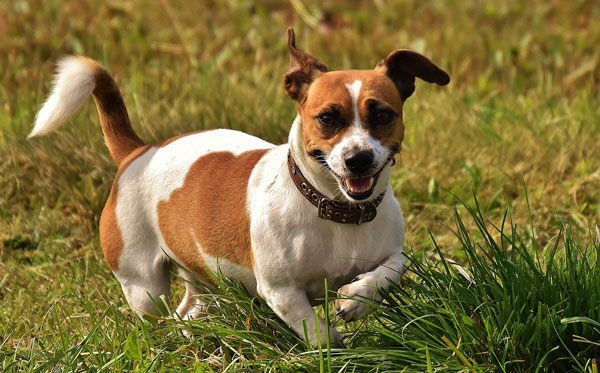