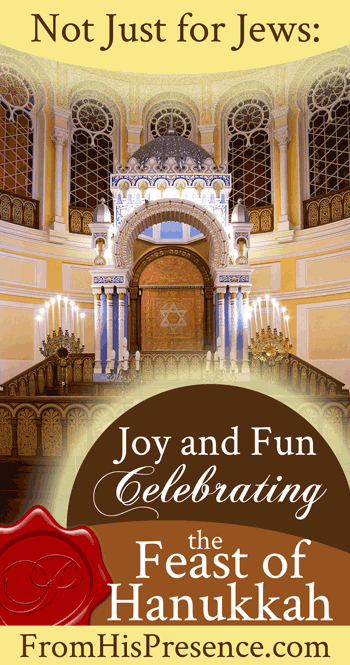 The post below is from my friend Dan Brown, a former humanitarian aid worker to Israel and a current missionary with The Navigators. Without further ado, I give you Pastor Dan Brown. – Jamie

Happy Hanukkah! Or is it “Happy Hanumas”? or “Merry Christmukkah””?

They sound like strange holiday greetings, and they are! It is very unusual for Christmas and Hanukkah to fall on the same day, but it happened this year! (This hasn’t happened since 2005!)

So what is “Hanukkah,” which is also spelled “Chanukah” (חֲנֻכָּה) by some and is pronounced with a guttural “kh” sound?

Is Hanukkah the Jewish version of Christmas? Is it worthy of being observed in some way by Christians? Let’s take a look!

First, some important facts about Hanukkah. Hanukkah is:

It is interesting to realize that there are actually several similarities between Hanukkah and Christmas:

Yet, in spite of these similarities, Hanukkah is quite a bit different from our celebration of the birth of Christ (the Messiah).

Where did the Feast of Hanukkah come from?

While Hanukkah was not one of the original feasts of the Lord (the ones established after the exodus from Egypt), its history is ancient and quite significant in Jewish history.

In the 2nd century BC, the land of Israel was ruled by the Seleucids (Syrian-Greeks), who tried to force the people of Israel to accept Greek culture and beliefs. These Syrian-Greeks forbade  Temple sacrifices, the Jewish worship traditions, and belief in God.

Against all odds, a small band of faithful Jews–led by Judah the Maccabee (or Judas Maccabeus)–defeated one of the mightiest armies on earth.

Judah and his band of warriors drove the Greeks from the land, reclaimed and cleansed the Holy Temple in Jerusalem—which had been desecrated by sacrificing pigs and placing a statue of Zeus on the altar—and rededicated it to the service of God. (This is according to 1 & 2 Maccabees.)

According to Jewish tradition in the Talmud, when they sought to light the Temple’s Menorah (the seven-branched candelabrum), they found only a single cruse of olive oil that had escaped contamination by the Greeks.

Yet when they lit the menorah, the one-day supply of oil miraculously lasted for eight days, until a new supply of oil could be consecrated. To commemorate and publicize these miracles, the sages instituted the festival of Hanukkah in 165 BC.

And as Christians today, Hanukkah has a beautiful significance and impact on us too. It’s not just for Jews!

As with the other Jewish holidays and feasts of the Lord, I had never understood, appreciated or experienced Hanukkah until my wife and I moved to Jerusalem in 2013. When Hanukkah rolled around in late November that year, we found ourselves joining friends who led us on an incredible and beautiful stroll through the Jewish Quarter of the Old City of Jerusalem!

Just as we’ve always enjoyed driving through neighborhoods in the U.S. to see the unique array of Christmas lights, we were equally enthralled with the doorways and windows that were festooned with unique family Hanukkiahs and candles. Now we understood why Hanukkah is known as the Festival of Lights!

Meandering along the narrow walkways of the Old City, and stopping to take pictures and smile at passersby, we made our way to the Western Wall. There, we were awed by a giant Hanukkiah up close to the Wall. Others were located in various squares around the city. A ten-foot-tall ladder was required to light each of the candles!

We learned that a hanukkiah has two more candles than a menorah–9 candles total.

Eight of the candles represent the eight days of the feast, and the belief that the one cruse of untainted oil lit the Temple menorah for eight days following the defeat of the Greco-Syrians. The ninth candle is called the shammash, or “servant candle,” and is used to light the other candles.

How appropriate it is to refer to the middle candle as the servant candle when we know that Jesus was the ultimate Servant who was also “the Light of the world!”

Why do the eight days matter to us as Christians?

In Scripture, an eight-day period was always the pattern of dedication. Firstborn animals were set aside (sanctified) for seven days, and then on the eighth day they were holy to the Lord.

Why is this significant? Because a time of consecration is a beautiful thing for us as Christians, any time of the year!

Have you considerd an eight-day period of consecration for yourself? December 25th to January 1st could be a perfect time for ending this year and starting the new one with your heart re-dedicated to the Lord! This could be your “personal Feast of Hanukkah!”

Here are a few more interesting tidbits about how people observe Hanukkah in modern times:

For over 2,100 years now, the observance of Hanukkah has continued to develop. There are many beautiful traditions that serve to remind the Jewish people of their deliverance through Judah Maccabee and others.

The lighting of candles:

Certainly the most noticeable tradition is the lighting of candles and hanukkiahs each evening in homes and synagogues. Each hanukkiah is placed in the front window of the house, or even on the front porch, so that all may see the lights and be reminded of the significance and meaning of Hanukkah.

One of our most memorable evenings in our two years in Israel was the night that we were leaving Israel to return to the U.S.

It was mid-December of 2014, during Hanukkah. Just moments before we hopped in a car to drive to Ben Gurion Airport, we were invited by our closest friends, Reuven and Shoshi, to come to their apartment and light the candles of Hanukkah.

We were touched beyond words, not only because two Gentiles were joining two Jews in this special celebration, but because of the mutual recognition of God’s mighty acts of deliverance for His people throughout history!

The giving of gifts:

Hanukkah is a time of gift-giving. While the exchanging of gifts has been greatly affected by its proximity to Christmas, especially in America, it has nevertheless been a long-held tradition.

An earlier tradition, observed in Eastern Europe, involves the giving of gelt, which is Yiddish for “money.” On the fifth night of Hanukkah, parents and grandparents gather the children and give them coins.

Hanukkah is also a special time for giving to charity, a practice known in Hebrew as tzedekah. Special emphasis is given to charities for the blind, since they are not able to enjoy the lighting of the Hanukkah lights.

While it is undeniable that the emphasis on gifts—even very expensive ones—has overshadowed much of the focus on God’s gift of the Savior to the world, it is nonetheless a loving and joyful method of commemorating and celebrating a such a significant event.

A time for games:

Hanukkah is also a time for games. While adults often enjoy playing cards, by far the most popular and well-known Hanukkah game is one for children, known as the dreidel (Yiddish) or sivivon (Hebrew).

The dreidel is a 4-sided top with a Hebrew letter on each of its sides. The letters are the first letters of the words in the phrase Nes gadol hayah sham, which means, “A great miracle happened there.” In Israel, the last word is changed to “here” since the events of Hanukkah occurred in Israel.

While it is considered a children’s game, I have observed a number of adults enjoying the game with great gusto—especially as they observe the various abilities of the other players in spinning the dreidel!

A time for wonderful food!

What is a holiday without our favorite foods, and lots of them? As with Thanksgiving, Christmas, Passover, and other feasts and holidays, Hanukkah is a time for enjoying special foods and treats!

During Hanukkah, it is customary to eat foods fried in oil as a reminder of the miracle of the oil in the Temple. Ashkenazic Jews (those from Eastern and Central Europe) like to eat latkes, or potato pancakes, fried in oil. Sephardic Jews (those from Spain, North Africa, and the Middle East) enjoy a delicacy known as sufganiyot, or deep-fried doughnuts. These jelly-filled doughnuts, sprinkled with powdered sugar, were our personal favorites in Israel!

A time for singing:

While the weeks leading up to Christmas are filled with the playing and singing of Christmas carols, Hanukkah is also a time of singing. A popular Ashkenazic tradition is the singing of Maoz Tzur, “Mighty Rock,” which is taken from Isaiah 26:4 and praises God as Israel’s rock and deliverer. A popular Sephardic tradition is the reciting of Psalm 30 after the lighting of the candles—a psalm that is entitled “A song at the dedication of the House” in verse one of the Hebrew Bible.

So is Hanukkah worthy of being celebrated by Christians? That is up to you!

As those who have been “grafted into the rich root of the olive tree”—or, grafted into Israel through our faith in the Messiah—it is our privilege and responsibility to know and understand the significant events of our spiritual ancestors.

Celebrating even certain aspects of Hanukkah only serves to deepen our appreciation of the acts of God toward His people in the past and deepens our worship of Him!

Finally, as we approach the “Feast of Dedication,” might you need to admit that YOUR life been desecrated by the world and tainted by the attacks of the enemy? Do you find yourself in need of re-dedication and a fresh infusion of God’s light into your soul?

If so, all you have to do is come to Him, and He will increase the light of His righteousness within you—just as a new candle is lit each day throughout the festival!

www.Chabad.org. “What is Hanukkah?”
Howard, Kevin and Rosenthal, Marvin. The Feasts of the Lord. Nashville, Tennessee: Thomas Nelson Inc., 1997. 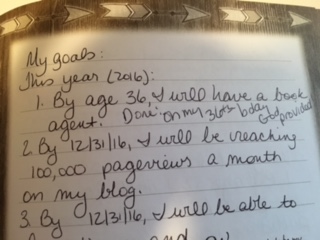 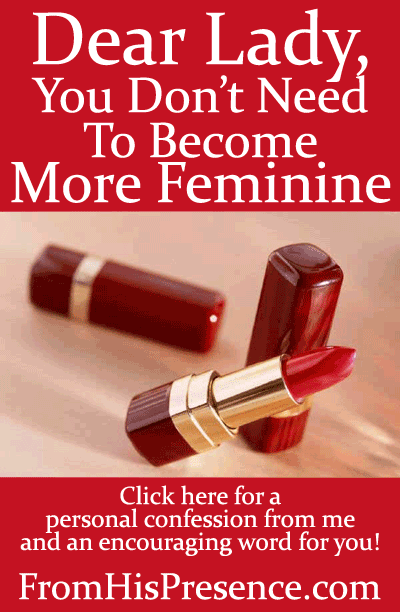 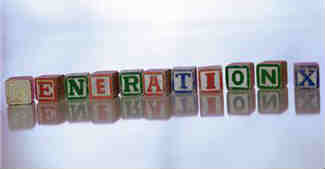