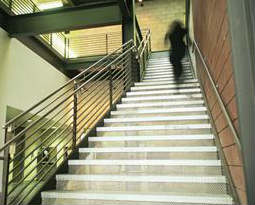 Welcome to Dream Week! This week, I’ll be blogging a lot about dream interpretations. You, my wonderful readers, have been sending me dreams so fast that I’m getting backed up! I’ve been responding to some just by email, but some I also want to blog about (with the dreamers’ permission, of course).

Today’s dream is from Miss R. She had a series of dreams. The dreams are all related, and they contain a beautiful message of love and hope for her. She called the first one, “Isaiah 43:45 Dream Concerning A.R.” Here’s how the dream went:

I had a dream where I was downstairs and wanted to speak to A.R.  The doors leading to his working space (where the security officer sits) were the double, flapping doors with the steel or metal rectangle and flat pushers on the doors. I pushed the doors slightly forward (but did not completely go out), and noticed that he was talking to a woman. I stayed where I was at, and said I would talk to him when he was finished.

I am not sure in what order, but I remember myself back upstairs in my working space with the cubicles. It was the same set up as before when I was trying to login. I was using the computer to the left. I noticed that I received a leave of absence (LOA) form for A.R., for taking time off classes. I was surprised that I received his LOA form. I begin to wonder why I received an LOA form for him for KU when he goes to University of Phoenix. I wondered why I received his LOA form out of all other advisors.

Then I was downstairs walking through an open room. I met up with this woman. I believe she was the same woman that had been speaking to him earlier. We were chit-chatting. I am not sure what she was telling me, but I believe she was telling me to do something. I do not remember our conversation, but I know that she was not a threat. The girl and I were heading back toward the double door, but we did not exit that door. As we walked through that room, the room transitioned  to a bathroom. She mentioned a book in the Bible: Isaiah. I thought she was going to say Isaiah 62, but I silenced myself and then looked at one of the bathroom stall doors, and typed in large font was Isaiah 43:45.

Then I find myself outside trying to go up a strange set of stairs. It was like I had to pull my entire body weight to go those stairs. It was a physical challenge, like that of the gladiator. Some were physically fit to go up there, but I just did not have the strength with all my being to make it up the stairs.

So, I left it alone and found myself back in the bathroom but on the other side. I was on top of the counter with the sinks and slid across the counter effortlessly. The counter did drop, yet was hanging at the edge of the wall. As soon as I made it across the counter that was somewhat slippery,  I pulled the counter up and it snapped back into place. It was broken, but then I fixed it.

The first thing to know is that the person Miss R is calling “A.R.” appears in each of her series of dreams. When you have a common thread like that, the first thing to do is to look at what the common thread means. In this case, the dreams are not about the literal person that Miss R knows. A.R. is actually a symbol of the Lord in these dreams. How do we know? Because:

All of those clues put together tell us that A.R. represents the Lord here. So we know automatically to look for a message of hope and encouragement in this dream.

Here are some of the meanings of the symbols:

A university represents higher levels of training and teaching in things of the Spirit.

A bathroom is a place of cleansing. The bathroom represents getting rid of spiritual toxins.

Countertops with sinks represent a place where fountains of waters (the Holy Spirit, again) wash your hands.

There is no such verse as Isaiah 43:45, so when you see numbers that don’t work like that, you have to look at what the numbers would refer to if you take out the punctuation. I believe that, in this case, it refers to Isaiah 4, verses 3, 4, and 5, which read:

“And it shall come to pass that he who is left in Zion and remains in Jerusalem will be called holy—everyone who is recorded among the living in Jerusalem. When the Lord has washed away the filth of the daughters of Zion, and purged the blood of Jerusalem from her midst, by the spirit of judgment and by the spirit of burning, then the Lord will create above every dwelling place of Mount Zion, and above her assemblies, a cloud and smoke by day and the shining of a flaming fire by night. For over all the glory there will be a covering.”

Here’s what I believe the Lord is saying to this precious lady:

The Holy Spirit wants to talk to you about some foundational things. Your eyes may try to tell you that it’s not a good time to talk, but actually it is.

You are in a school of the Spirit, where He is taking you higher. He wants to teach and train you in higher levels of things of the Spirit. It may appear sometimes that the education process is not going correctly, but it is. The Holy Spirit knows what He is doing.

The Lord has given you wonderful promises for your life. You are waiting for breakthrough to happen.

In order for those breakthroughs to happen, though, a cleansing is needed. There are things that you are carrying in your hands from past bad experiences, and the Lord desires to cleanse you of those things. Receiving freedom from those things is going to be much easier than you thought. Being in the bathroom, by the sinks (where the water of the Holy Spirit cleanses your hands), was not difficult or painful for you. There may be some weighty matters to deal with, but don’t worry! You will get through this process fine. You have the tools you need to fix these weighty matters.

The Lord has a higher spiritual level for you to go to. He is calling you into it right now. You were not able to go up into the higher level before you were cleansed. However, after the Holy Spirit washes away what He desires to wash, you will be able to go up those stairs. The cleansing is only necessary because blessing is coming.

So study the passage in Isaiah. Look at the reward He has in store for you! A higher level. You will be His dwelling place and experience His manifest presence more than ever before. He will be your cloud by day and your fire by night; your covering of glory. He is calling you upward to a new world. Go ahead and finish His cleansing process as quickly as you can, so you can go up into what He has in store for you.

Miss R, does this message resonate with your spirit? If so, would you please leave a comment below and let me know? Thanks! 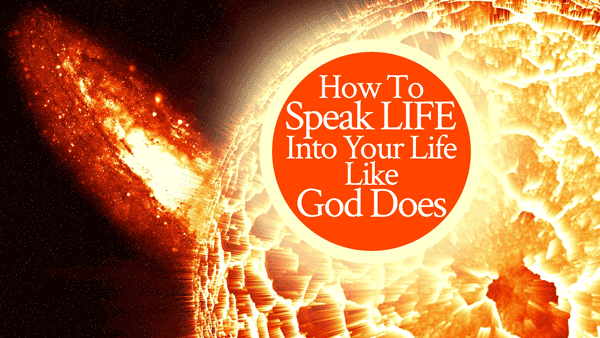