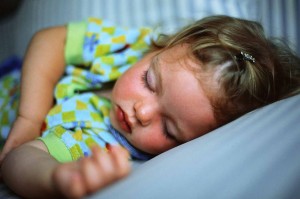 Hello and welcome back to Dream Week! I'm using dream interpretation to help teach about God's symbolic language. Today, we are continuing to study the series of dreams that Miss R, one of my lovely readers, sent me.

Today's dream has two parts, like two acts in a play. Miss R called the first part, “Dream With OJ Simpson in Prison & A.R. Working As a Correctional Officer.” Here's Part One:

A red-headed woman came to visit OJ Simpson in prison. She happens to be his girlfriend. His feet were facing his girlfriend; she was on opposite side of the cell, facing his feet. I am not sure if she was lying down as well. However, she did something to hurt and upset him and he reacted out of anger. Then, the guard’s men (or correctional officers) came running to him to pull him away from her; they did not see what she did to him but only were focusing on his reaction.

Then, I saw A.R., a correctional officer. He walked by a cell on the opposite side in the hallway. The cells are on his right side.  As he is walked through the hallway, a lustful and angry inmate grabs his right arm through the cell. Although, he was alarmed and somewhat frightened, A.R. yanked his own arm from the man's hand. After that experience, he was relieved, yet shocked at the same time.

Let's look at just the symbols and meanings for Part One:

Red, in the negative sense, represents anger or war. I believe the symbol of O.J. Simpson represents conviction of sin. The prison represents people who are in spiritual and emotional bondage.

The main point of Part One seems to be that an angry situation was going on, but there were people watching over the situation to diffuse it and bring correction.

Miss R, I believe this part of the dream could be for intercession. You're not an actual character in this scene, so I think it could be related to something you're seeing take place. Are you seeing a situation happen that involves anger or war and unholy reactions? If so, pray for the Holy Spirit to bring conviction of sin. Pray for the situation to be diffused and for godly love to replace anger.

And remember, the Holy Spirit remains the same even when a situation looks explosive. He is able to diffuse it, and always has been. Other people cannot derail Him from doing His job. Pray, so that He can move, and trust Him! Let Him do the work. HE is the one who brings correction and conviction of sin. He is the one that breaks up bad situations and brings about good. If you are seeing something like this, then I believe this dream is calling you to pray.

Here's Part Two of the dream, called “Dream with A.R. as a Correctional Officer & Me Working at New Job In the Same Building“:

I get this new job that I'm excited about; I have my own office. The job is somehow connected in the same building where A.R. works in the prison. Where I work is not the prison, but in same building; but then again, it is the same place.

I was expressing to the woman that hired me how excited I am to get this new job.  With such excitement, I tell her that I have been at my previous job for 8 years and this week I get this new job.  Then, I begin to walk around the building &  the woman asked who I am looking for. I told her I’m looking for A.R. She said that I wouldn't  have recognized him because he grew a beard. I said to her he probably grew a beard to appear older to inmates, and to gain more respect from them. I was so excited that I was going to see a new A.R. with a beard.

All of sudden I am near my office space and the woman tells me that I have to complete a project to finalize my job, and that she will give me a sample of her projects. My sister said that she me a sample of her projects as well to assist me.  I thanked them in appreciation and told them that I will try myself. I was just so excited about this new job and about seeing this new look A.R. has.

Let's look at the symbols for Part Two:

A job represents your life or ministry.

The number 8 represents new beginnings or the gift of being a teacher.

I believe the beard represents wisdom.

Here's what I believe this part of the dream means:

Miss R, I believe the Lord is saying that you are moving into a new season of life or ministry. This is a new beginning for you. (Interestingly, you also let me know that you had this dream on August 23. August is the 8th month; the month of new beginnings; and 2+3 =5, the number of grace. God's grace is moving you into a new beginning.)

The Holy Spirit has new level of wisdom for you in this season. This new level of wisdom will equip and empower you to do everything you need to do in this new season. Ask the Lord to pour out His wisdom on you. Ask Him to give you influence for His purposes, and He will.

You have important work to do at the beginning of this new season. Other people may try to tell you how you should do it, but follow the Lord, rather than people. Ask the Lord to show you how to do everything you need to do, and He will. His wisdom is everything you need.

Side note: Miss R, I would encourage you to study into James 1:5, James 3:17, and Psalm 32:8. Pray and claim these promises for this new season of your life. They work every time. 🙂

Now it's Miss R's turn. Miss R, do the interpretations above mean anything to you? If so, please leave a comment below.

Our moss wall at the prophetic hub is DONE!!!!! So

I’m thinking about using this as Rosette #1. It

Just finished this giant rosette for my La Passaca