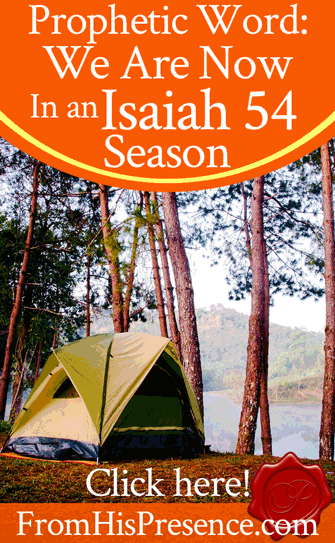 On November 8, the Lord told me that the spiritual season had shifted and we are now in an Isaiah 54 season of expansion.

What does the Isaiah 54 season mean? Five things–and I am already seeing these five things manifest.

If you look around you, chances are that you are too!

For you shall expand to the right and to the left, and your descendants will inherit the nations, and make the desolate cities inhabited.”

Here are the 5 things the Lord told me He is doing in this Isaiah 54 season:

1. The Lord told me that He sees that many of His people are desolate, and their desolation is reprehensible to Him.

He emphasized this word “reprehensible” in my hearing. God made us to be a flock, and a flock is supposed to hang together. If we were hanging together like we should, none of God’s people would be desolate.

So now, God is now going to fix the desolation of His people. The Lord is going to bless and increase people who have been desolate. Just yesterday, He shouted Psalm 12:5 in my spirit to describe what He will do:

For the oppression of the poor, for the sighing of the needy, now I will arise,’ says the Lord; ‘I will set him in the safety for which he yearns.’

The example the Lord showed me of fixing and healing someone’s desolation was that of Leah and Rachel, Jacob’s two wives.

Then Jacob also went in to Rachel, and he also loved Rachel more than Leah. And he served with Laban still another seven years.

When the Lord saw that Leah was unloved, He opened her womb; but Rachel was barren.”

When God saw Leah’s plight, He opened her womb … over and over. He made her fruitful in her place of emotional barrenness. He gave Leah more children because she was hated in comparison to her sister.

Like God honored Leah, this season is a time when those who have been desolate and hated will be honored by God. Father sees the injustice and is going to show Himself as the Honor and Glory of His desolate children.

2. The Lord told me it is also time to enlarge the place of your tent, and to “let them” stretch out the curtains of your dwellings.

Notice that Isaiah 54:2 says to “let them” stretch out the curtains of your dwellings. Let them.

Who is “them”? Other people.

Christians in general already understand that we are called to serve and help a greater vision. However, we have too often lost the understanding that Father also desires to send people alongside each of us to help US.

I believe that you need to ask God right now–and every day going forward–to send the people to you who are supposed to come alongside you and help you.

I began praying that particular prayer a few months ago, and within about three days God sent me two translators–one native Spanish-speaker and one native French-speaker–who volunteered to help me translate this blog for free. I offered to pay them, but they would not accept payment. They said they simply wanted to help. It was a direct answer to my prayer.

So in this Isaiah 54 season, ask Father to send you the people whom He wants to come alongside you to help you with your mission!

3. I also heard Him say very clearly in my spirit, three times, “It is a season of advancement.”

The Lord told me we are to operate from a divine “yes,” not an imagined no. We need to understand the advancement principle of Isaiah 9:6-7:

For unto us a Child is born, unto us a Son is given; and the government will be upon His shoulder. And His name will be called Wonderful, Counselor, Mighty God, Everlasting Father, Prince of Peace.

Of the increase of His government and peace there will be no end, upon the throne of David and over His kingdom, to order it and establish it with judgment and justice from that time forward, even forever. The zeal of the Lord of hosts will perform this.”

Too often, we tend to think God is telling us “no,” “not yet,” “none for you,” etc. That kind of limited, “not-for-me” thinking is from a poverty spirit. However, the truth of God’s Word is, as Heidi Baker says, “There are no cookie-less children!”

Father God has enough “cookies”–good things–for all His children. And His government and Kingdom are continually advancing.

The Lord’s own zeal advances His government and peace continually. He does this work Himself. So in this Isaiah 54 season, become a believing believer:

God is advancing His people.

When we come to Father with our requests, prayers, and petitions, He is willing. In Matthew 8:3, Jesus actually disclosed this as His personal name.

Then Jesus put out His hand and touched him, saying, ‘I am willing; be cleansed.’ Immediately his leprosy was cleansed.”

Whenever we see God say “I am ____” in the Bible, pay attention. He is disclosing His own name when He does that; He is telling us about an aspect of His nature that was often not previously known to us.

In Matthew 8:3, Jesus disclosed His name as “I Am Willing.” What do you need from Him? He is willing.

In this season, we are to get to know Him by this name. “You have not because you ask not.” What’s the obvious solution to this? Start asking!

Personally, every time I have taken a step of faith to advance my work for the Kingdom, God has come up under me and has provided for the fulfillment of that work. He has backed up the step of faith after it was taken, every time.

HOWEVER: In every situation, I had to take the step of faith first.

So what is God challenging you to do? Don’t hold back! In this Isaiah 54 season, I believe we are to get our instructions from Holy Spirit, then move on them boldly, knowing that the Lord is with you. I heard the words of the Angel of the Lord to Gideon: “The Lord is with you, mighty warrior.”

Friends, it’s a new season. God is moving in a new way to advance and honor His children. Will you cooperate with Him so you can see more of His advancement in your own life? If you will, I believe you’ll be amazed beyond your wildest dreams.

Does this word speak to your heart today? If so, please leave a comment below! I’d love to hear from you!

P.S. Would you help me with my work of reaching people for Jesus as a domestic missionary? This blog, and all of my mission work in person, are made possible through your partnerships, donations, and product purchases. 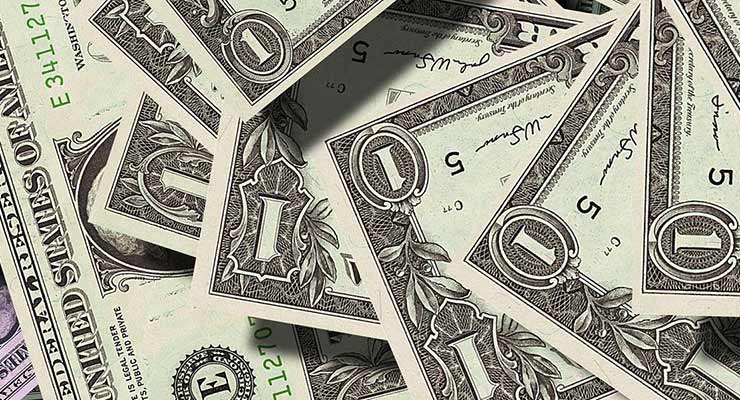 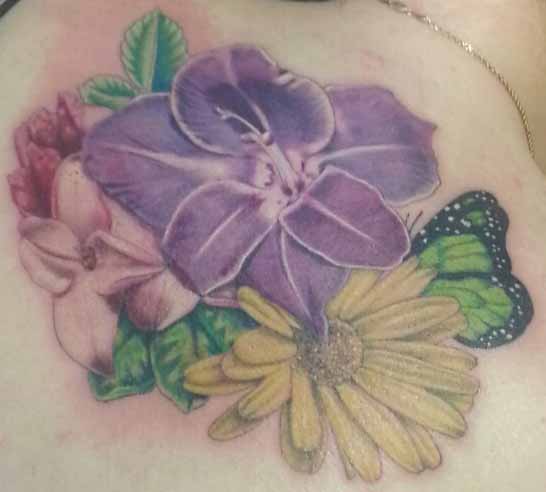 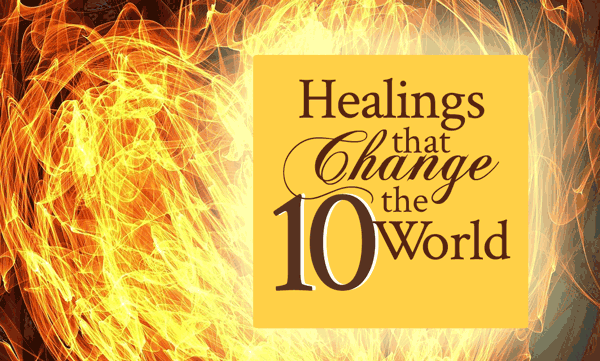 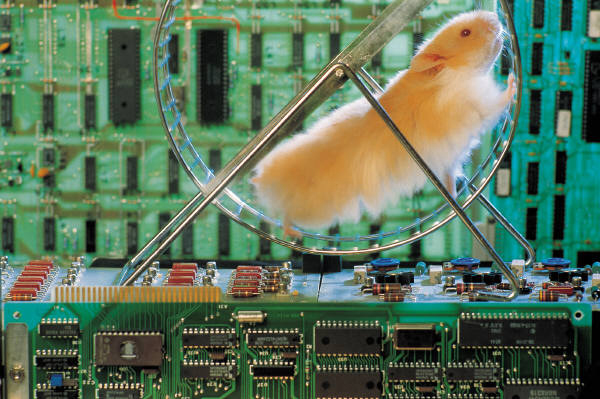