You hear a lot about God hating sin. You hear about Him being a God of wrath. But have you ever wondered why God hates sin? What’s the big deal?

Why is God a God of wrath?

The answer to this question lies in the very nature of God. In His perfection, God has a natural wrath toward anything imperfect.

One of my favorite authors, James Montgomery Boice, explains that:

“wrath is God’s consistent and unyielding resistance to sin and evil.” [1]

God’s wrath is logical and predictable; it is incurred when we sin.

Therefore, God’s wrath is something we choose to bring upon ourselves if we choose to sin. Because of His holiness, God is obliged to execute the consequences of sin upon us.

In Exodus 34:5-7, God showed Himself to Moses and revealed Himself as, among other things, the God of wrath. This passage reads:

“Now the LORD descended in the cloud and stood with him there, and proclaimed the name of the LORD. And the LORD passed before him and proclaimed, “The LORD, the LORD God, merciful and gracious, longsuffering, and abounding in goodness and truth, keeping mercy for thousands, forgiving iniquity and transgression and sin, by no means clearing the guilty, visiting the iniquity of the fathers upon the children and the children’s children to the third and the fourth generation.”

God cannot ignore sin; His very nature obligates Him to punish it.

That’s why Jesus is so important:

Oswald Chambers wrote: “The revelation of God is that He cannot forgive; He would contradict His nature if He did. The only way we can be forgiven is by being brought back to God by the Atonement.” [2] (“Atonement” means “the reconciliation of God and humankind through the sacrificial death of Jesus Christ.” [3])

When Adam and Eve sinned, not only did we as humans need Someone to buy us back—to “redeem” us—out of our slavery to sin, but we also needed Someone to satisfy God’s wrath toward us on our behalf.

But God didn’t want to kill us off; He loves us and knew there would be no recourse for us if we had to endure His wrath ourselves!

So God did what no Father has ever done. He sent His perfect Son to earth to be the Object of His wrath and pay the price for our sin. He Who knew no sin became sin for you and me (2 Corinthians 5:21).

God the Father, the God of wrath, took out all of His wrath on Jesus Christ.

Because God the Father sent Jesus Christ to bear His wrath, His wrath can be fully satisfied by Christ’s sacrifice. Someone had to die for my sin, and the shed blood of Christ is proof that Someone has done so.

That Someone—Jesus Christ—never sinned or did anything deserving of death. Since Jesus Himself was perfect, God can accept Jesus’ perfect sacrifice as acceptable payment—an atoning sacrifice, or “propitiation” [4]—to Himself for all the sin that was committed against Him.

Boice explains this concept as follows:

“In Christianity it is never people who take the initiative or make the sacrifice, but God himself who out of his great love for sinners provides the way by which his wrath against sin may be averted. Moreover, he is himself the way—in Jesus. … In other words, God himself placates his own wrath against sin so that his love may go out to embrace and save sinners.” [5]

The death of Jesus Christ is the only way we can receive forgiveness from sin.

“We trample the blood of the Son of God under foot if we think we are forgiven because we are sorry for our sins. The only explanation of the forgiveness of God and of the unfathomable depth of His forgetting is the Death of Jesus Christ.” [6]

Deep, huh? You and I can be as sorry for our sin as we want to be… but it would never matter unless Jesus had paid the price.

God Himself, Maker of Heaven and earth, took out His wrath upon Himself. For you. For me.

He is a God of wrath. I am so thankful that His wrath is satisfied in Christ, aren’t you?

Today’s post is the 14th in the series entitled “Bible Boot Camp,” which is systematic theology in everyday language. If you haven’t read the rest of the Bible Boot Camp lessons, click here for the other articles in this series.

[2] Chambers, My Utmost for His Highest, November 20

[6] Chambers, My Utmost for His Highest, December 8 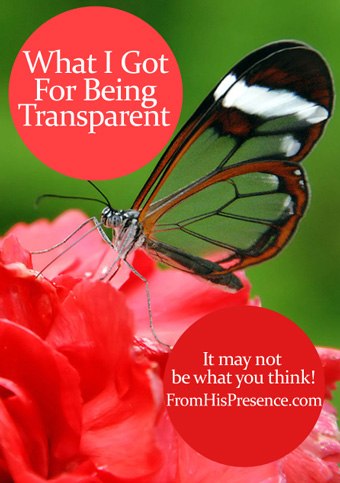